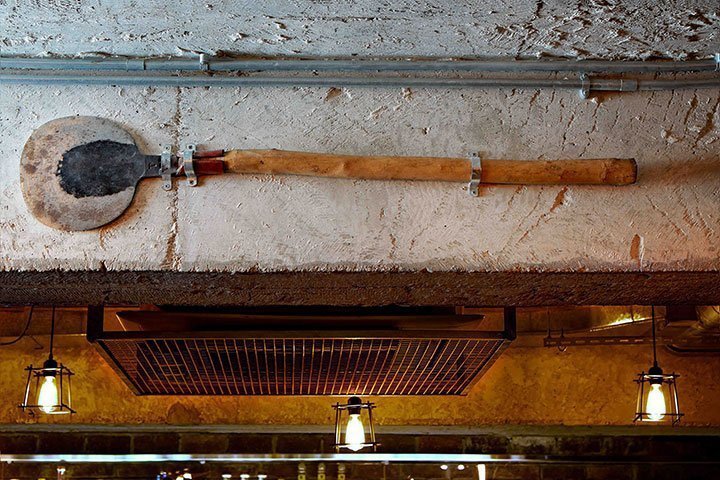 Named after the machete like tool for harvesting agave, COA is a new exciting Mexican inspired cocktail bar created and helmed by beverage industry veteran Jay Khan. COA focuses on great hospitality, set in a cozy and friendly environment welcoming all walks of life, and provides a diverse beverage offers, featuring artisanal cocktails with a section dedicated on Agave spirits that provides you a glimpse (or deep dive) into these rich, diverse but often misunderstood products. With a strong focus on the interactions shared between the staff and guests, COA boasts a cosy, open and intimate space with reclaimed industrial accents. The humble Mexican inspired setting favours wood, brick and concrete elements, and is dimly lit by candles that cast a soft glow over beautifully hand-drawn wall murals of goddesses and mythical creatures and a real coa hand carried from Oaxaca, embedded into the wall of the bar serving as a symbol of craftsmanship.

In the world of Agave, the goddess Mayahuel reigns supreme as the most storied higher being in central Mexico where the legends were born. On the wall is a breath-taking mural of Mayahuel, the goddess of Agave, also known as the goddess of fertility in Aztec mythology. As the old legend goes, Mayahuel had 400 children that took the form of rabbits and 400 breasts to feed and nurse them. Her depiction on the wall at COA is characteristic of the bar itself – as tenders, nurturers, and ultimately, a place that cares about its patrons as much as Mayahuel did her children. Her final contribution to the earth was how her bones and body gave birth to the first Agave plants in the world; just as COA is the very first Agave-based artisanal cocktail bar to be born in Hong Kong. Quintessentially a cocktail bar, COA will feature a beautifully curated and world class artisanal cocktail list. In additional it also celebrates the rich and vibrant drinking culture of Mexico with two dedicated sections. While the bar will feature tequila and mezcal, it will also carry a wide range of other Mexican spirits such as raicilla, tuxca, bacanora, sotol and charanda. The other celebration of the Mexican drinking tradition is a selection of house fermented beverages such as Tepache, a drink made with pineapple skin, sugar and cinnamon fermented and served during the summer on the road side of Mexico. Typically these fermented beverages are light and easy on the palate, and great for the hot and humid weather in Hong Kong.

COA will share agave spirits never before offered in Hong Kong, tequila and mezcal so layered and complex, so rich and enchanting that you will want to sip and savor them slowly all by themselves or complemented with tropical fruits coated with sal de gusano (translated into worm salt) traditionally served with mezcal.

Instead of the ubiquitous flight menu, COA will introduce a smaller portion for each agave spirit for guests to explore by themselves or they can embark with one of the bartenders as a guide on a journey of Mexican flavors.

A small selection of Mexican beer and South American wines will be on the list along with other spirits carefully selected from gin to whisky in smaller quantities. Jay Khan a cocktail bar veteran with over 10 years of experience in beverage industry. He is widely known as an agave spirit enthusiast and is keen to shares his love and knowledge of agave spirit to Hong Kong bar patrons. Jay’s passion for Agave spirits and service industry have led him to open his own bar. As a passionate bartender, Jay travels regularly to Mexico, and around the world to keep himself on top of the game and fuel himself with inspirations to bring new ideas to the Hong Kong bar scene.

COA is a perfect partnership of charming hospitality and well crafted cocktails in an industrial setting that will evoke the feeling of a chic Mexican inspired bar. COA serves with care and genuine charm and aspires to be an agave spirit institution.